Back To Top
By Elisava
Business, Design
0
3

We are in the midst of an exceptional pandemic situation, with enormous effects on the economy. Unfortunately, Covid-19 has been only the first and perhaps the least important of three accidents that we must face: Covid-19, Economic crisis, Climate change.

According to Dr. Soumya Swaminathan, principal scientist at the World Health Organization, mass vaccinations for Covid-19 are not expected before 2022. Risk groups could be immunized in mid-2021. In parallel with these estimates, the German government extends the ERTE until December 2021. Finally, if we look at the behavior of the stock markets globally, we see a heterogeneity, the United States strengthened and Europe in a disadvantaged position.

Can we make predictions about the end of the Covid-19 crisis, the short-medium-term behavior of the Retail sector and the continuity of the capitalist model as we know it today?

Obviously not, but we can propose a series of scenarios and their possible consequences.

SCENARIO 1: Everything remains the same …

In mid-2021, health indicators and the WHO certify a clear regression of Covid-19. The population with the capacity to consume resumes its activity and is even allowed to use some savings for whims that had been denied until now. Some experts speak of full recovery in the period between 2022 and 2024 …

While it is true that the outlook is positive, the legacy of COVID-19 has meant the closure of many points of sale and the closure or acquisition of some companies (watch out for American and Asian companies acquiring European companies) with less muscle … Retailers, if well adapted, struggle to find the balance between ON and OFF – line sales knowing that, in the event of another new pandemic, they will be able to distribute their solutions through IT and messaging services.

But what about the third of the accidents that we mentioned at the beginning? What about climate change?

On September 25, 2015, 193 countries committed to the 17 Sustainable Development Goals (SDGs) of the United Nations and their fulfillment by 2030.

All the objectives are important and transcendent, but it seems that to meet them, the change must be so HUGE, that we no longer speak about a model change but a CHANGE OF PARADIGM… Scenario 1 does not contemplate it.

SCENARIO 2: The economic crisis continues in time and everything remains the same … Or not.

In mid-2021, health indicators and the WHO certify a clear setback for COVID-19. The measures taken by governments to avoid mass layoffs have ended. The decrease in turnover is a logical reason to restructure workforce in order that companies can survive and maintain those essential jobs. Unemployment increases substantially during the first semester and to avoid a greater social crisis, governments implement measures to guarantee the minimum income for the population.

A rebalancing of consumption and a change in the effective structure of work are expected: Less permanent contracts and an exponential increase of temporary and project-based contracts. This new model increases the competitiveness of the system but expels those workers who are less trained and have less capacity to market adaptation. The minimum income becomes the pillar of society. Public education is the tool to reverse inequalities in terms of opportunities … The new “middle class” works by project for a certain period of time, well paid, and disappears from the labor market until the next project … This scenario raises the return to parallel markets, markets where the exchange of goods and services and “B” money maintain an important part of society. The success of politicians will be measured in its ability to convert population C to B, using other qualifying terms.

But what about the retail sector? Although many economic publications highlight falls of around 35%, we are not able to predict a radical change in retail models, at best we can predict a balance between online and offline sales and a general drop in consumption. It is a good time to remember the “Blackhat” phenomenon: betting only on online sales can put any brand in serious difficulties when “hacker” crime becomes a constant. Thus, we can imagine a scenario-balance between on and offline, a substantial increase in local shopping, an evident decline in “tourist” shopping… And above all, the conscious commitment to those brands that help improve the situation. This is the key: Scenario 2 already includes a PARADIGM CHANGE. The economic crisis modifies the social structure, remuneration formulas (social vs. labor policy), consumption and spending habits and, above all, the strategies of retail brands. They are the first and most interested in strengthening and modifying their image in favor of a better and more sustainable planet. In fact, it is something happened already: Textile incorporates recycled materials, rollouts or store development are certified based on sustainability criteria and the client bets on those companies that modify their DNA to become “3P” sustainable (People, planet and profit)… Infinite growth is impossible, we started talking about sustainable growth and even degrowth. The circular economy appears on the scene.

In mid-2021, health indicators and the WHO certify a clear setback for COVID-19. The companies that have been planning and waiting for the “3P” sustainable conversion during last years appear in the scene with force: Phones are recycled, shoes are made with ocean plastics, clean energy is the only source that the ECB recognizes for those who opt for loans and subsidies… The consumer finally learns to manage their own resources, also thinking about the planet resources, products and services are no longer valued if they don’t have series of virtues associated with them. This is where brands recognize their new role: We must manufacture products and services of first necessity or ethical and sustainable necessity that guarantee a stable and recurring minimum turnover … We must offer products and services that add value to the transcendent chain marked by the 2030 Agenda through strategy and communication, We must retain our CLIENTNERS (Client + Partners) who no longer see the brand as a guarantee of quality but as a guarantee of ethical procedures with which to identify themselves.

But what about the economy and growth? If everything is recyclable, eco-sustainable and consumption is no longer banal or compulsive, but rational and ethical… What are the companies that finally create the necessary jobs?

New jobs linked to the circular economy will appear based on 3 parameters: Necessity, authenticity, proximity.

Those necessary products or services will have their survival assured and will reproduce positioning and segmentation similar to what we have experienced up to now. We must pay attention to the maintenance or new creation of monopolies and oligopolies that do not fit in the new ethical order but that are the ones who start with the advantageous position in a delegitimized political environment and without effective power. The economy is fragmented, atomized, located throughout the defined territory causing greater differentiation between SMEs (which are those that sustain the circular economy) and large corporations. SMEs improve the quality of life of workers who no longer want to live in the large urban hives, now the value is living in a greener environment, where they can cultivate, walk, avoid traffic jams and promote social contact. Corps dominate resources and geo-politics, but they will have to adapt to the new global structure, and they will do so, while maintaining some privileges.

Those products or services that can be defined as whims, will be more exclusive, more expensive and will surely find their consumption in a smaller niche with high purchasing power … The same products and services will be sold to the rest of the population with lower purchasing power through financial formulas such as “Pay per Use”. If social differences have increased, so have differences in terms of brand perception … There will be useful and there will be non-useful. What brand wants to be non-useful? What brand wants to disappear from the streets and lose the contact with its clients? None.

This post cannot venture what the future will be like, but it is an interesting exercise that I encourage all students to practice with. The sum of experiences and reflections will bring us closer to what will truly happen or at least, it will help us to be better prepared in an unprecedented adaptation process. 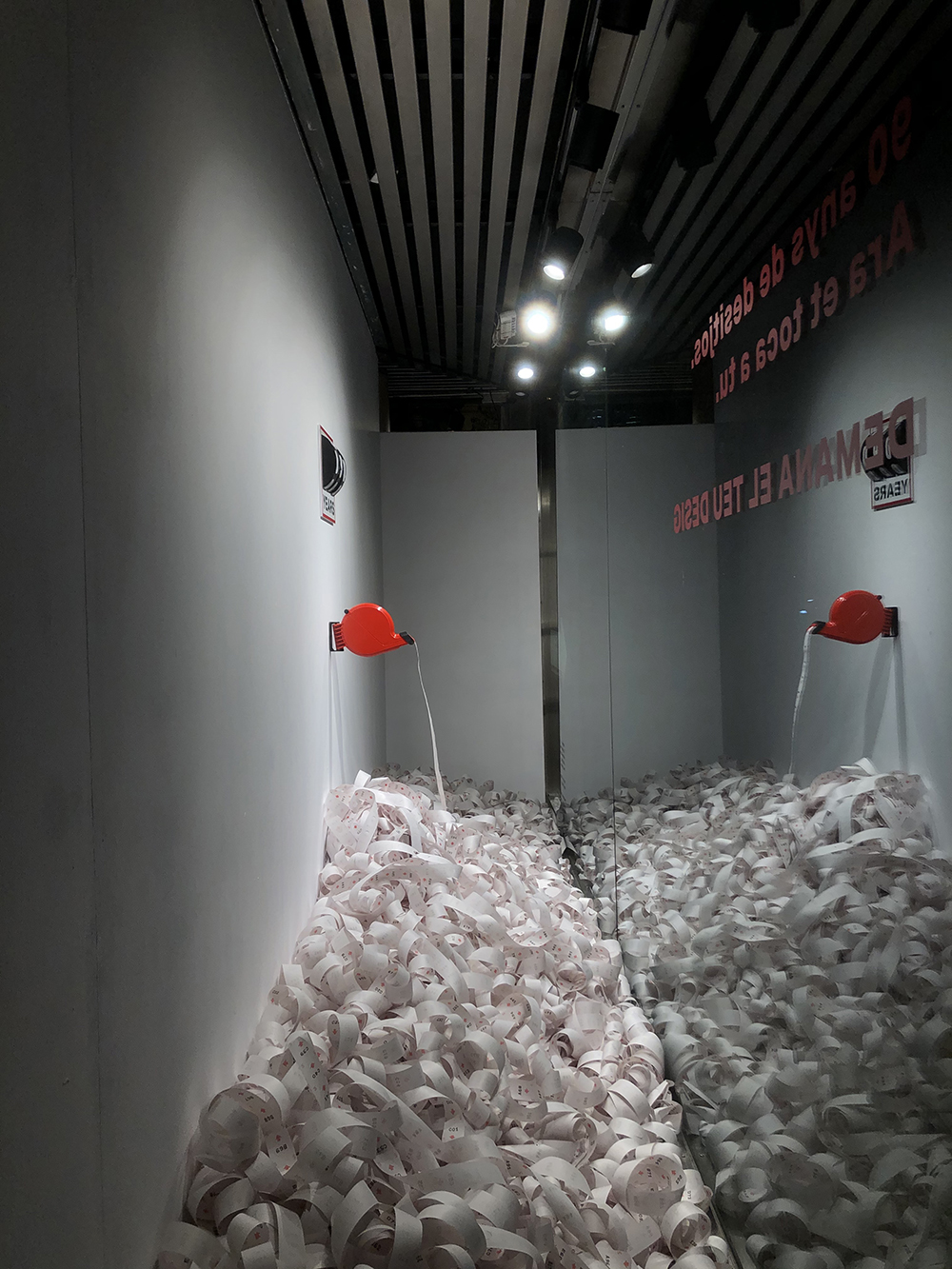 The first point of contact: how our students connect a brand message with the customers 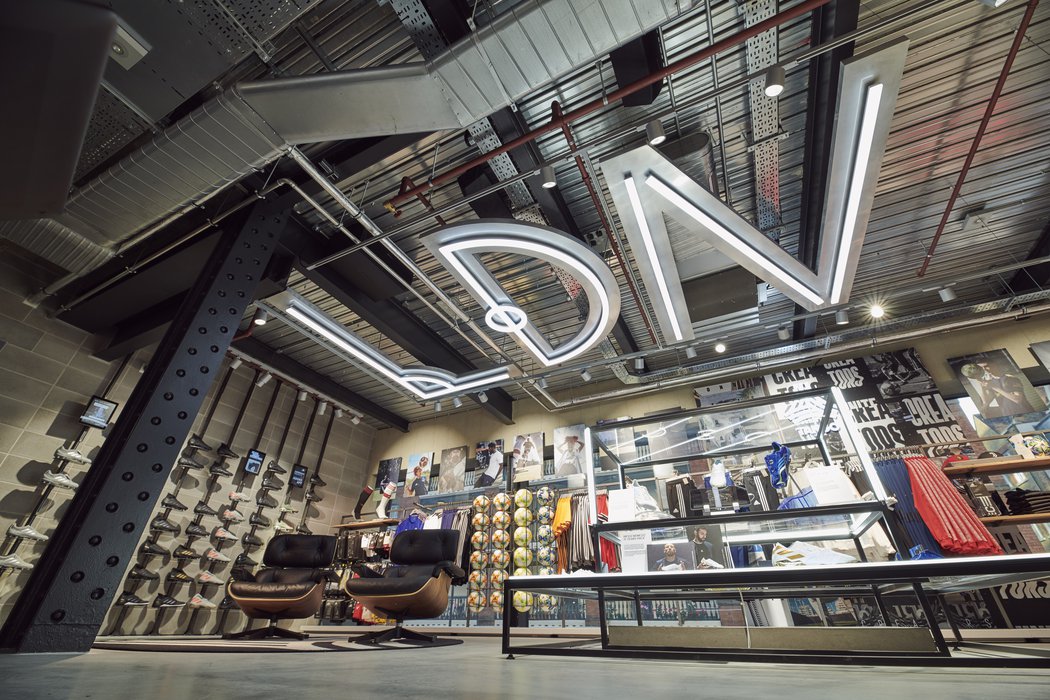 Times of huge changes: How is Retail adapting?