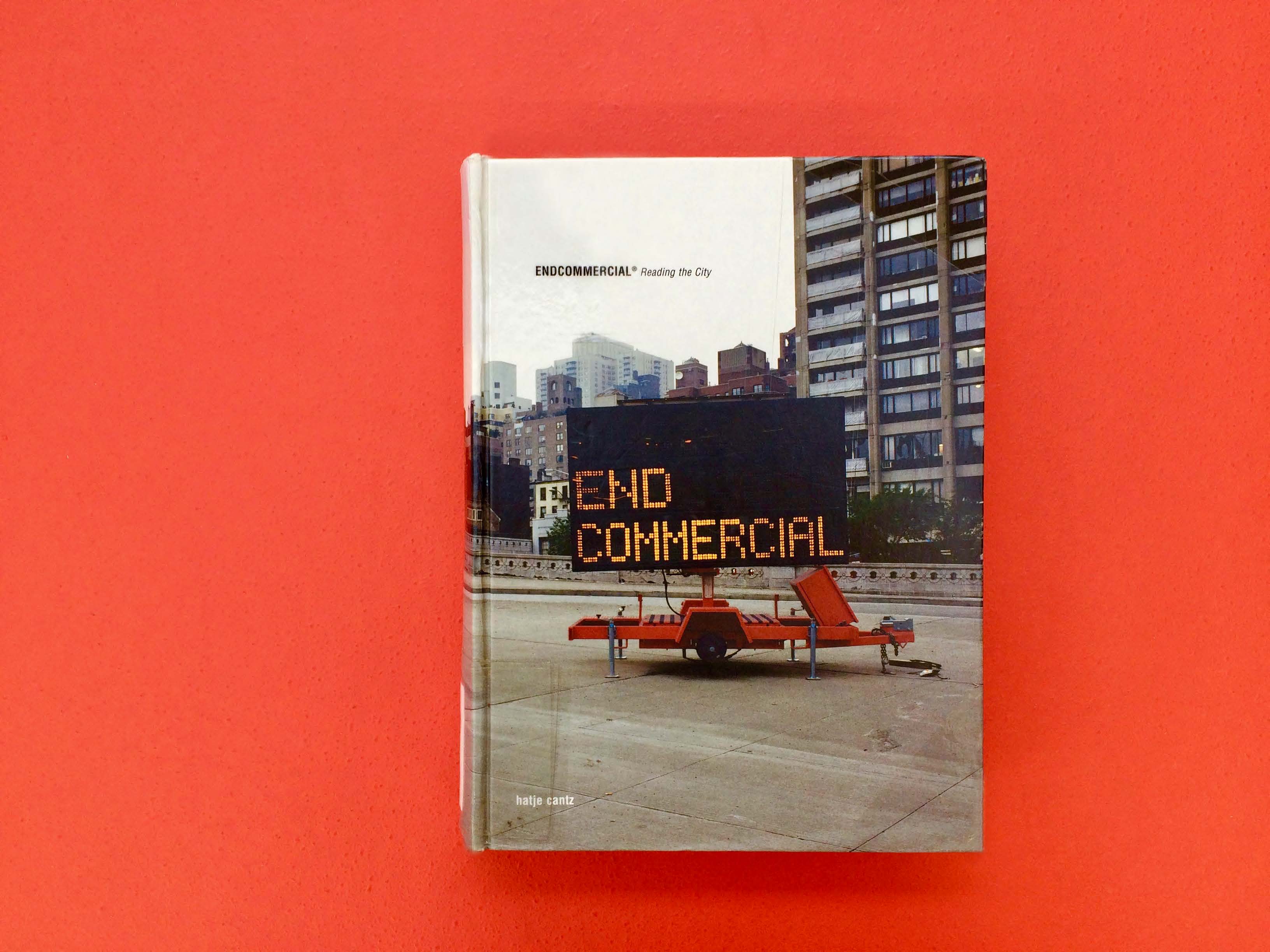 Our Retail Design related Book of the month is a book with transcendent photographs called Endcommercial / Reading The City.

Between urban structures and individual existence, organic and improvised systems emerge. Situated beyond the sophisticated economy and below a level of recognition, they are familiar yet paradoxically invisible. The ordinariness of certain objects is so ubiquitous that they fail to evoke reflection: construction barriers, ads on buses, traffic signs, LCD displays, chained-up bicycles, the fa°ades of stores, subway maps. Endcommerical / Reading the City conducts a visual research project of urban street territory, compiling signs, objects, and codes within grammatical relationships that unveil embedded social conditions and contradictions. Taking New York as a paradigmatic urban alphabet, Endcommercial / Reading the City orders a seemingly endless array of informal and empirical photographs, demonstrating the distinction between an unconscious visualization of singularities and an intelligent perception of generality. Initiated by the commercial, subject to fictionalization, it is a reference tool engaged in the thoughtful renewal of our visual vocabulary, opposed to the omnipresent iconography we process everyday.